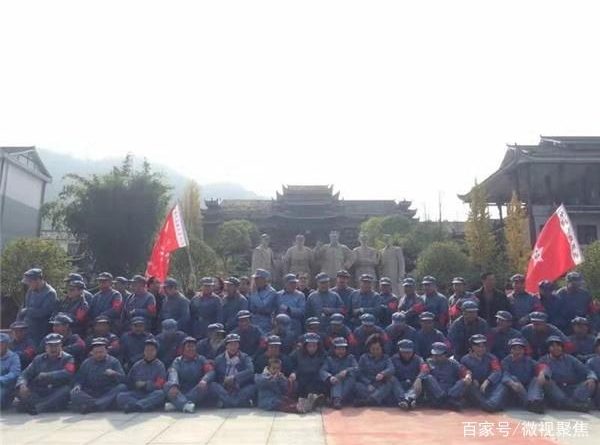 From November 21st to 28th, 2018, Southern China embraces sunshine after a continuous rain and mountains and rivers along the Xiangjiang River take on enchanting appearances on these seeming spring days. It was on these very days Four score and four years ago that a batch of Chinese teenagers, in their hot pursuit for the truth and ideals, made a breakthrough at an upstream port of the Xiangjiang River so that they would fight against the Japanese invaders in Northern China. Their blood dyed the river and their sacrifices awakened the conscience of the masses. Hence, the Communist Party of China chose Mao Zedong as their leader along the Long March by the Red Army when revolutionary cause in China was suffering from reactionary reign of terror and soldiers of the Red Army finally learned of the encouraging news of “a shift of the military strategies at Tongdao Conference” and “an establishment of the leadership of Mao Zedong at Zunyi Conference”. From then on, the Chinese revolution has been moving forward from one victory to another.

From November 21st to 23rd, the Third National Seminar on the Long March Spirit as well as a patriotism tourism of the Cultural Long March through retracing the Long March route in Tongdao County was held at Tongdao County of Hunan Province. Representatives across the country were impressed by the local Dong Nationality culture through their experience of the welcoming ceremony of songs and dances of the Dong Nationality and the typical group feast of the Dong village. The opening ceremony was jointly announced by Mr. Cao Guangxiong, noted war correspondent of the People’s Liberation Army Newspaper and former director of the Political Department of the Guangzhou Military Region, and Mr. Luo Fanyi, initiator and promoter of the Cultural Long March, after they lit the torches of the third annual meeting at the gala of songs and dances of the Dong Village at Huangdou Dong Cultural Village. The Seminar was hosted by the organizing committee of National Juveniles’ Ideological and Moral Cultivation through the Cultural Long March, undertaken by Hunan New Era Patriotism Education and Training Co., Ltd. and collaborated with the Memorial Hall and Research Base of the Long March at Tongdao County. Ms. Feng Liyan and Ms. Feng Jinyan, daughters of General Feng Zhixiang, the late veteran Red Army and deputy commander of the former Guangxi Military Region and Ms. He Li and her daughter, offspring of a late Red Army veteran at Tuqiao Town, Xishui County, Guizhou Province, have participated all the activities at the Seminar.

The First International Symposium of the Long March Legacy was held in Guilin, Guangxi from November 23rd to 28th, 2018. This Symposium was hosted by China Research Institute of International Reportage, Research Institute of the Eighth Route Army and Institute for the Long March Spirit, undertaken by Guanyang County and co-organized by such counties in northern Guangxi as Quanzhou, Ziyuan, Longsheng and Xing’an.

November 23rd welcomed the accommodation and registration of more than 120 delegates of the Symposium at Ronghu Hotel in Guilin, including international friends from the United States of America, Russia, Britain, Thailand and Japan, offspring of the Red Army and domestic experts and scholars.

On the morning of November 24th, all the representatives visited the Memorial Hall of the Battle of the Xiangjiang River at Xing’an County and presented a bouquet to the martyrs in front of the monument. And then they stood at the port of “Red Army Hall” at Jieshou, shedding tears and making flower offering to heroes and heroines who had sacrificed their lives at the port during the Long March. In the afternoon, all the delegates had a tour of the Memorial Garden of Jiuhaijing of the Xinxu Resistance Battle of the Xiangjiang River Campaign, dedicating flowers and visiting the nearby exhibition hall of the Xinxu Resistance Battle.

November 26th saw group tours of historic sites of the Long March by all symposium delegates at such counties as Quanzhou, Ziyuan and Longsheng respectively. Mr. Lu Jianjian and Madam Zheng Lili, son and daughter-in-law of Mr. Lu Dingyi, made an emotional review of Mr. Lu Dingyi and his reportage Mountain Laoshanjie. Mr. Luo Fanyi, captain of the Cultural Long March Campaign, also told his experience of having climbed over Mountain Laoshanjie by following the same route of the Red Army 15 years ago and afterward written his reportage My Birthday on Mountain Laoshanjie, which was later included into the textbook of Chinese language for middle school students together with classic Mountain Laoshanjie by Mr. Lu Dingyi so as to enlighten students happiness earned by sacrifices of revolutionaries. Experts at home and abroad also visited several stone tablets of the Long March Legacy set up at the historic sites of the Long March in northern Guilin region through the Cultural Long March Campaign. They had a close reading of the memorial poems eulogizing the Long March on the tablets. Both Prof. MacKinnon from the United States and Mr. An Wei from China spoke highly of these stone tablets and told Mr. Luo Fanyi: “It is not easy to set up 80 tablets along the Long March and it is really a great feat among all the events of the Cultural Long March!”

Madam Zheng, Mr. Lu Dingyi’s daughter-in-law, who had worked at bureau of foreign affairs of the People’s Daily, was moved to tears at the sight of the stone tablets and told Mr. Luo Fanyi emotionally: “Through these stone tablets along the Cultural Long March, you finally bring back to history the route of the Long March depicted by my father-in-law in his article Mountain Laoshanjie and finally help him fulfill his dream of ‘setting up a monument here in the future’ written in his article on the 80th Anniversary of the Long March. Following the footprints of the Red Army, you walked the Long March again and fainted while climbing over Mountain Laoshanjie. You really exert yourself so as to promote the legacy of the Long March. On behalf of my family as well as my late father-in-law, I’d like to express my sincere thanks to you and your comrades as well as the Cultural Long March. The task of the Cultural Long March is still arduous and there is still a long way ahead, you must move forward with persistence!” Madam Zheng sent Mr. Luo Fanyi text message via both cell phone and WeChat with the content below the following day:

“I am very grateful for your tremendous efforts and dedications to explore and expand such sites of the Red Army as Mountain Laoshanjie so as to carry forward the Long March Legacy. Inspired by the Long March Legacy of the Red Army and all your efforts to inherit such a legacy, I made up my mind to learn from you and cooperate with you to launch a new journey of the Cultural Long March with our joint efforts. Thank you again for having provided me with a rare opportunity of a profound learning of Mountain Laoshanjie.” 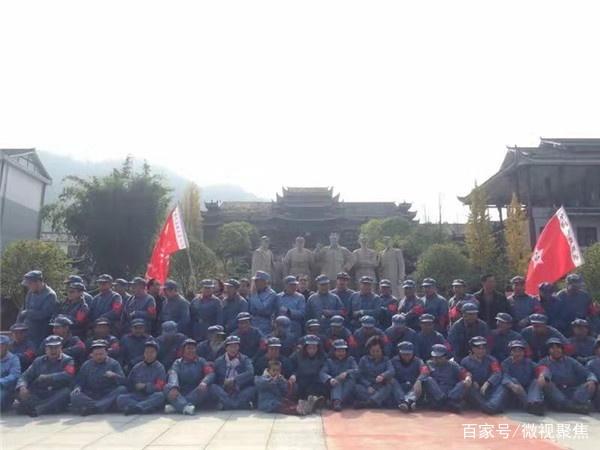